How to Get Your Spouse to Change

In your quest to fix your marriage, you may encounter resistance…from your spouse!

Your spouse may dwell on the 101 reasons why “this just won’t work for us” and blame you for every one.

Or, your spouse may be emotionally “checked-out” of the marriage and not care about your efforts to improve the situation or be willing to extend any effort of their own.

This, by far, is the most common question people ask me: “How do I get my spouse to change?”

Why would your spouse resist change in your marriage and what should you do about it?

There’s a deep-seated belief in our culture that people resist change, no matter what. But is this true? Do people really want things to remain status quo? Do we really not want things to change? If you look closely at human nature, it’s not change itself we resist; it’s change that’s IMPOSED UPON US.

Think about it. We have no problem with change that WE INITIATE. But when we feel forced or manipulated to change, then we resist with all our might.

I promise you; your spouse will change when they’re ready to change and not one second before. And the more you push them, urge them, nudge them, ask them, scream at them, or beg them, the LESS LIKELY they are to change. I know it’s hard to wait, but you have to let it come from them.

Mary Ellen (name changed) registered for the Marriage Fitness Tele Boot Camp. She knew she had to make changes and joined the program with a genuine interest to improve her marriage. She wanted Tom (her husband) to be part of the process, but he wasn’t willing to join her. She had been asking him to go with her to get help for over a year. But Tom consistently refused.

I spoke with Mary Ellen during the boot camp and convinced her to back-off of Tom and just let him be for a while. I counseled her to make some changes that created a more positive energy in their relationship. When the time was right, I suggested that Mary Ellen ask Tom if he would be willing to speak with ME during one of the Q and A teleconferences. Mary Ellen’s timing was good. Tom agreed.

Within 7 minutes of my conversation with Tom he agreed to join Mary Ellen in the program. Mary Ellen switched from the Lone Ranger Track to the Duo Track.

Why was I able to get Tom to agree to something in 7 minutes that Mary Ellen couldn’t get him to do in over a year? It’s true I know how to handle these situations, but there were 2 other important factors:

1. For the first time in over a year, Mary Ellen backed-off far enough so that Tom had the space to make his own choice.

2. The inspiration came from someone other than his wife.

Your effort to change your spouse is probably COUNTERproductive. The chances are good that you’re “in the way.” You need to get out of the way and create the space for your spouse to CHOOSE to change. That’s the only way it’ll ever happen.

I can’t tell you how many times a spouse will say to me that their husband/wife changed for a few days, but then returned to their old ways. That’s because they never really decided to change. They were pressured. They were manipulated. And so it didn’t stick.

If you tell your spouse what to do; it’s a challenge. If THEY decide to do it; it’s a great idea. YOU HAVE TO LET IT COME FROM THEM. That’s the only way it’ll make a difference long term in your marriage.

Now you’re probably thinking, “Makes sense, but isn’t there anything I can do to encourage my spouse’s choice?” YES, there is! YOU CAN BE AN INSPIRING EXAMPLE and let your spouse see how the choices YOU’RE making impact how YOU feel about yourself and your marriage.

Resist the urge to believe that your marriage won’t change until your spouse “gets with the program.” The love YOU feel is much more a result of what YOU DO for your marriage than what your spouse does for it.

We tend to think that the love in our marriage is in our spouse’s hands. But it’s not. Love is a verb. And if we do it – if we love – then we feel love. THE CHOICE IS OURS.

Furthermore, there’s no better way to inspire your spouse to make the choice to change than to make that choice yourself.

It happens quite often that one spouse will register for the Marriage Fitness Tele Boot Camp in the Lone Ranger Track and then half way through the program they will switch to the Duo Track, which is designed for couples participating TOGETHER. What caused their spouse to change their mind? Simple. 2 things. First, they learned to create a space in their relationship for their spouse to make a choice to change. Second, they showed their spouse, through their EXAMPLE, how to make that choice and the impact it could have on their marriage.

Very often one spouse will schedule private sessions with me and ask if it makes sense for them to be coached alone. The answer is ABSOLUTELY yes! One spouse can make more than a 50% difference in a marriage. And that difference is exactly what will get the other spouse to open up to getting advice too. As the saying goes: “You can lead me a mile, but you can’t push me an inch.” 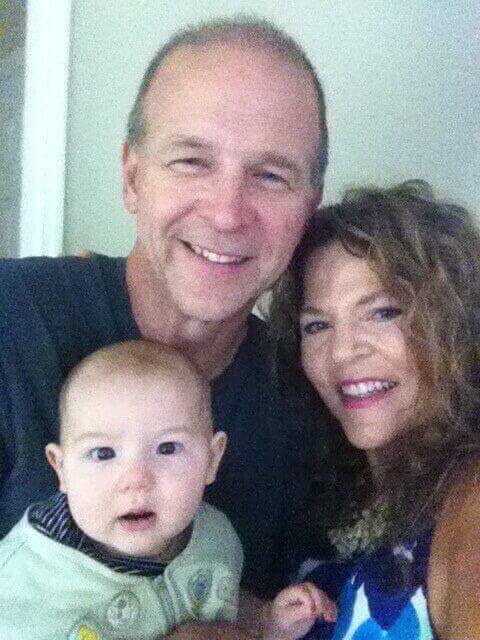 My husband was in an affair, said he was in love like never before, and that he never loved me. I went into shock. I started on the Lone Ranger track. It changed the course of our marriage.