Your Marriage Problems: You can Run but You can't Hide

Are you REALLY dealing with your marital situation?

There are basically 2 ways to cope with a bad marriage. You can either IGNORE it or FOCUS on it.

It’s the same with any problem in life. Some people RUN from their problems. Other people FACE them.

The irony of this choice is that people who run from their problems seek RELIEF, but end up in PAIN. People who face their issues experience pain, but end up relieved. Let me explain.

Imagine you had a recurring stomach ache day after day. You could ignore it in order to avoid the inconvenience of going to the doctor, the cost of the prescription, and the discomfort of the colonoscopy. But the fact is that a recurring stomach ache is a sign of a health problem that NEEDS YOUR ATTENTION. And if you don’t give it your attention, it’ll end up being a BIGGER inconvenience, costing MORE money, and causing you MORE pain.

A problem doesn’t go away because you run from it; it GETS WORSE. The EVENTUAL cost of dealing with it escalates. Your stomach, for example, will continue to ache until you finally say, “Okay, I’ll deal with this.” Then, and only then, will you get relief.

We get exactly the problems we need in our life to fix the things about ourselves that need fixing.

I want to say that again because it’s so important.

We get exactly the problems we need in our life to fix the things about ourselves that need fixing.

In other words, your marriage crisis is not coincidental. It wasn’t just bad luck. It’s like a stomach ache; it’s reflective of a problem that needs correcting. It’s a sign that you have a weakness that needs work. If you ignore it, the pain will increase until you finally say, “Okay, I’ll deal with this.”

Recently I had private sessions with a gentleman who felt that his marriage crisis was his wife’s fault. He explained why and, in fact, I could see his point. But I know from experience that there’s ALWAYS dual responsibility. So I asked him, “Is this your first marriage?”

“Do you have children?”

“Are your mom and dad still alive?” I inquired.

“Yes, but we had a falling out 7 years ago,” he explained.

This went on and on until he revealed a clear history of failed close personal relationships. In other words, he had stomach aches (failed relationships) throughout his entire life, but he ignored every one. It was always someone else’s fault. And here we go again. Another failed relationship. And it will continue until HE fixes the problem WITHIN HIMSELF.

It’s your spouse’s fault. I know. But your marital situation is reflective of some inner work that YOU have to do too. If you don’t do it; you’ll find yourself in this same situation again. It may not be with the same person, the details may not be immediately recognizable, but I promise you that the pain will not relent until you deal with whatever it is about YOU that’s bringing this stress into your life. Deal with it. Don’t run.

“If things go wrong in the world,” Carl Jung said, “something is wrong with ME. Therefore, if I am sensible, I shall put myself right first.”

The worst suffering occurs when you run from your suffering.

In his 1918 diary, Hermann Hesse writes:

“You know quite well, deep within you, that there is only a single magic, a single power, a single salvation…love your suffering. Do not resist it, do not flee from it. Give yourself to it. It is only your aversion that hurts, nothing else.”

The worst pain comes from avoidance. The healing magic is ATTENTION. The only way out of your suffering is THROUGH IT.

The problems in your life are like fingers pointing toward answers to your most crucial questions. They are transformations trying to happen. They’re birth pains. Let it come! It’ll hurt, but that hurt is a path to your healing.

“The gem cannot be polished without friction; nor man perfected without trials.”

I know it’s your spouse’s fault. But whatever is their fault is reflective of their work. The question for you is: What’s your fixing? What role did you play in all this? And what can YOU do to improve the situation?

Don’t say that you need your spouse to fix the problems. That’s a cop out. I’ve worked with literally thousands of people who have single-handedly transformed their situation AND learned to motivate their spouse to join them in the process of fixing their marriage. One person can make an ENORMOUS difference in a marriage IF they know what to do (this is what I teach in the Lone Ranger Track of the Marriage Fitness Tele-Boot Camp).

There are basically 2 ways to cope with a bad marriage. You can RUN or you can FIX. If you’re ready to fix, maybe I can help you.

The best way to access my help is through the Marriage Fitness Tele-Boot Camp. 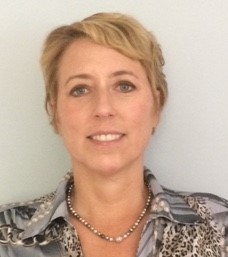 It was the darkest time of my life. You always hear “it takes two” and my husband was not interested. Ultimately, I changed so much…our marriage is better than it was…because of Mort’s help.