My Husband is Insecure

My Husband is Insecure

The biggest obstacle in my marriage is that my husband is insecure. This was no surprise to me as I was aware that he was unconfident ever since we were dating. I love Jerry so I was willing to deal with this difficulty. However, I was unaware of the challenges that would come along with this issue. My name is Amanda and I am writing as a guest blogger for the Marriage Fitness website. My story will show you how my husband and I were able to work through our problem and rebuild our failing marriage. 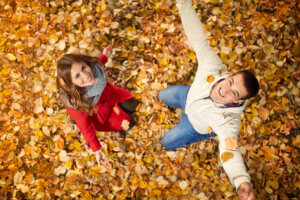 Where it All Began

When I met Jerry, he was charming, fun and most importantly, worry free. We immediately hit it off and fell in love. At first his insecurities seemed a bit like jealousy and I sort of found it sweet and flattering. However, the flattery only lasted a short while and it became more of a nuisance than sweet. I often called Jerry out on his insecurities but it was usually laughed off. Jerry asked me to marry him after we dated for seven months and I said yes. We made the perfect couple besides for his lack of confidence which made it easy for me to look past this obstacle. Only this issue became increasingly noticeable once we were married and I had to deal with the fact that my husband is insecure.

My husband’s insecurities were no longer only about jealousy issues. They were also about his financial capabilities and they were about his constant need of reassurance. As many times as I would reassure Jerry, it was never enough. He always underestimated himself and expected me to approve any decisions. I didn’t want to be the one to tell him what to do anymore. I wanted my husband to take charge of his actions and to believe in himself the way I did. I finally built up the courage to express my concerns but it didn’t go as planned. Jerry was not very understanding towards my feelings. He was insulted that I was accusing him of being insecure. I felt guilty about putting all of the blame on my husband. If I felt that my husband is insecure, I should want to help him rather than blame him.

I decided that I was going to take the first step to bettering my marriage. I have not heard any positive feedback from couples who went to marriage counseling so I decided to look for other options. I found exactly what I was looking for, an alternative to marriage counseling. Marriage Fitness Boot Camp allowed my husband and I to create the marriage that we wanted. The program taught us step by step how to become the partner we wanted to be. It took a lot of focus and dedication which was completely worth it. I don’t know where Jerry and I would be this day without the help from Mort Fertel and Marriage Fitness.

My Wife left me in February and wasn't coming back. No need for anonymity, I am a firm believer in your product and it saved my marriage.