How to Stop Your Divorce

Everyone has a reputation.

We don’t get to pick, but everyone is known for something.

It seems that I’m known for stopping divorces and helping people repair broken marriages. And in particular, you could say that my specialty is helping people “win back” their spouse who claims to have fallen out of love.

If that’s your situation, you’ll want to listen carefully. And even if it’s not, you can learn a lot about how you can stop a divorce and reconcile your marriage from what I’m about to share.

When a person learns that their husband or wife doesn’t love them anymore, they go crazy trying to find a fix for their problem. The same is true for couples trying to resolve differences before it’s too late.

Today people are into quick fixes.

But you can’t “microwave” a relationship. Relationships work according to the law of the harvest.

You know how a harvest works, don’t you? In the spring time you have to plant. Then you have to water, fertilize, and irrigate all summer long. There’s something else you have to do too…wait! You have to be patient. And then, after you complete every step of the process, you can harvest the crop.

We’re not used to revering a process. Most people look for short-cuts. Today everything is about efficiency. Efficiency works with machines, business, and finances. But efficiency does NOT work with relationships.

Renewing a marriage takes TIME. There are no short-cuts! You have to respect the process and be willing to take every step. (And you have to know what the steps are.) 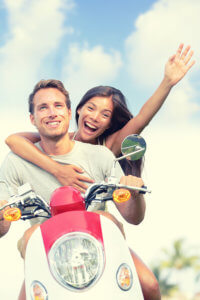 Can you imagine goofing-off all spring and summer and then trying to harvest a crop in the fall? It’s impossible!

Relationships, like crops, are governed by the natural laws of the universe. If you skip a step, you’ll short-circuit the process and slow yourself down. But if you take your time and go step-by-step…that’ the fastest way.

The Best Way To Stop Your Divorce Is To Change Yourself

A while ago I had a series of private phone sessions with a man desperately trying to stop his divorce and “win back” his wife. He told me about a stop divorce e-book he downloaded which recommended that he date other women in order to make his wife jealous. He said the author explained that this would stop the divorce and bring his wife back to him.

“Your wife left you because she wasn’t happy with YOU,” I explained. “If YOU don’t change, then she’ll leave again. If your relationship doesn’t change, then you will have accomplished nothing LONG-TERM.”

Think about it. What kind of man would date a woman to make his wife jealous? The woman he’s dating is looking for emotional intimacy and probably to get married. But he’s using her. That’s not nice! In fact, that’s exactly the kind of man that a woman would leave and NEVER come back to.

Now you might be thinking, “Yeah Mort, but how would his wife ever know that he was using this woman?”

His wife would know because if he did it, then that’s who he is. His wife may not know the details of what he’s doing. But she knows him. And if he did such a thing, then that’s him, and everyone knows it.

William George Jordan said, “Into the hands of every individual is given a marvelous power for good or evil…the silent, unconscious, unseen influence of his life. This is simply the constant radiation of what man really is, not what he pretends to be.”

The only way YOU can change your marriage is to change yourself. You’ve got to become the man or woman that anyone would want to be married to. You have to learn what a man/woman wants in a marriage AND how to implement relationship habits so that you can offer it CONSISTENTLY.

Can I Stop My Divorce By Focusing On My Spouse?

Are you thinking, “It’s not me that needs to change; it’s my spouse.”

It’s easy to confess your spouse’s sins. And you’re probably correct about what you’re spouse needs to change. But it does no good to be right. And it’s a complete waste of time and energy to focus on your spouse’s problems. There’s nothing you can do about it. The only relevant question is: What’s YOUR fixing?

You had a role in the deterioration of your marriage. I have NEVER seen a marital situation that is caused by one spouse. There’s always dual responsibility. What can YOU do to stop the divorce and improve the situation?

Reflect on your past relationships. Do you see a pattern? Look at your parent’s marriage. Are you recreating the model you saw when you were a child? Have you explored the childhood roots of your relationship habits and how they contributed to your marital circumstances?

Even if your spouse had an affair, you’re partly responsible. That doesn’t mean that it’s your fault and it doesn’t excuse your spouse’s inappropriate behavior, but the question still remains: What was your spouse seeking outside your marriage that was not available within it?

There Are No Quick Fixes

Business people selling e-books (or other such product and services) might be able to take advantage of desperate men and woman searching for a fast solution to their problems. But these quick-fix techniques NEVER work. In fact, they make matters worse! Why? Because you only get one chance at a second chance. Did you hear that? You only get one chance at a second chance. Don’t blow your chance to stop your divorce on a quick-fix technique. Begin now the REAL process of stopping your divorce and renewing your marriage and start to put into place the building blocks for a healthy LASTING marriage. 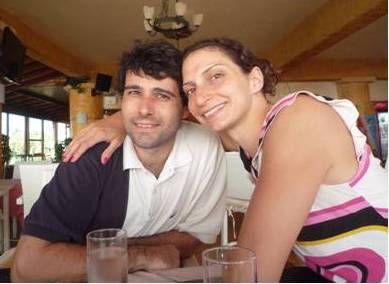 Me and my husband were separated for 5 months and heading to divorce. Then I did Mr. Fertel's brilliant program…I wouldn't have been able to save my marriage without his help.