Does Marriage Counseling Save Marriages?

Does Marriage Counseling Save Marriages?

Who is involved in Marriage Counseling?

As with most types of counseling or ‘talk treatment’, it can only work when the participants are willing and able to make it work. In the case of marriage counseling, there are two participants that need to be actively involved, and it can be much harder to get both of them on the same page regarding what needs to change. It’s even harder still to get them on the same page regarding how to change them.

It is best if both participants are willing to admit when they are wrong, willing to say they are sorry when they’ve said or done something wrong, and willing to say thank you when the other person has admitted and apologized for being wrong. Even harder than that is to have both participants willing to listen more than they talk so they can understand the root of the problems and how they got that way than just what is being argued about at the moment, since they can be two different things. 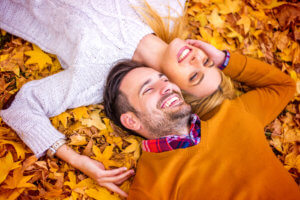 When Marriage Counseling Does Not Work

Unfortunately, there are times when marriage counseling just won’t work. In these instances, it is usually one or both of the participants in the couple that either don’t want to seek change for the marriage, don’t want outside help, or are already set on getting a divorce and don’t want the marriage to work. The reasons for these outlooks can vary significantly and they could be caused by anything from a lack of emotion or love in the relationship anymore or even being ashamed of having a problem with the relationship in the first place.

If both persons in the couple feel the same way, then the marriage is better off dissolved through divorce, but seeking therapy may help the divorce to go more smoothly and end more amicably than if done while both are arguing constantly. However, if one person really wants to save the marriage and the other doesn’t, then it can be hard for the one that does to come to terms with the fact the relationship will end. In this situation, it’s best to seek out individual therapy to help cope with the loss of the relationship and the love that, at one point, was shared.

So does marriage counseling save marriages?

It depends on the relationship, the people involved, and how open they are to changing what has gone wrong in their relationship so they can get back to a positive relationship in which both members can grow and flourish. It’s important that both participants of a relationship who are going through marriage counseling to stay on the same page with each other and with their counselor so they can get the most out of their time spent with the trained professional that can help them communicate better both their love and affection, while solving the problems that got in the way of that.

My Wife left me in February and wasn't coming back. No need for anonymity, I am a firm believer in your product and it saved my marriage.